Land to the North of Ware Street

At the meeting held on 25th June the Planning Committee voted unanimously to refuse this application.

Both of the previous applications had been refused, and dismissed by an Inspector at appeal.

The latest application was seen as totally non-compliant with the adopted Local Plan because of the sites’ location in the countryside and because it would harm the setting of the AONB.

Although there is a possibility that the applicant will appeal it seems highly unlikely than a Planning Inspector would overturn Maidstone Borough Council’s decision.

The site, outlined in red. 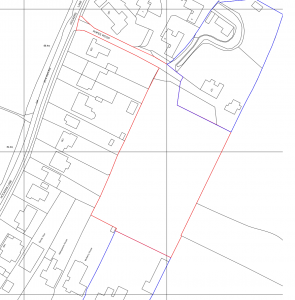