The majority of the following titles may be purchased direct from the author.
Please contact them for further information

During the research for this book, a former resident, born in Bearsted in the 1920s, commented, ‘When I was a child, the coming of the railway was a recent and living memory. There are few people now left in Bearsted and Thurnham that can recount the community memories’. This book seeks to address this comment, examining everyday life in Bearsted and Thurnham in the last two centuries. Until now, there has been very little history published which formally records the concerns of ordinary village life together with the experiences of local craftsmen and tradesmen. Other information includes oral history, newspaper accounts, parish magazine extracts, property sales details, community events and village families. 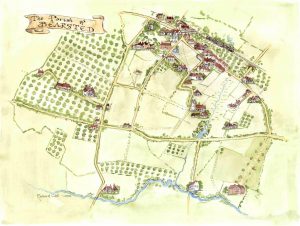 The Lost Manor of Ware

Where was Ware? This book is a study of the manor of Le Ware in Thornham, as it was once called. It is organised in two sections: The Early Manor of Ware and The Later Manor of Ware. The Early Manor includes the earliest documents which survive for the manor (dated around 1380) which were discovered copied into another book, compiled in the seventeenth century. The Later Manor of Ware reflects the slow evolution over many centuries of the area, eventually becoming known as Ware Street. Manors in Kent were rather different from elsewhere in Britain and the details of Ware are an excellent example. 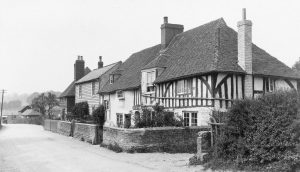 Bearsted and Thurnham At Play

This book is a celebration of the astonishing diversity of leisure in the two villages. It is widely acknowledged, that Bearsted has one of the oldest cricket grounds in the country, but far more sports and other leisure pursuits have been played in the two villages over many centuries. Information about the leisure, hobbies, holidays and sports enjoyed by ordinary local people has been recorded in an informal volume, as a celebration of the wide variety of pursuits that continue to be followed. 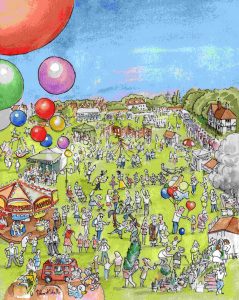 Further Memories of Bearsted and Thurnham

This book is, primarily, another helping of information about these local communities in Kent. However, in order to draw a comprehensive picture of everyday life the rich mixture of information, the contents also venture slightly further afield to ‘foreign parts’; Grove Green and Maidstone! Nevertheless, personal memories and reminiscences are at the forefront of these details about community life covering the last two centuries. It is generously illustrated, presenting over 300 photographs and illustrations, many of which are published for the first time. The covers are exquisite impressions of Bearsted and Thurnham in former times in watercolour by the late Richard Odell. 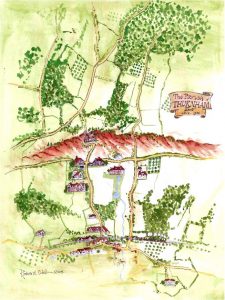 In 1912, fourteen boys from Bearsted and Thurnham in Kent affirmed their allegiance to God, to the King and Country and to a recently established popular movement. In so doing, they founded the Scarlet Pimpernel Troop, the name being a direct reference to their Patron, Baroness Orczy. So began Bearsted Scout Group. As befits an organisation at the heart of the community, there are many personal reminiscences, photographs of local families and the personalities involved in the scouting movement together with a rich mixture of original research, newspaper accounts, parish magazine extracts and community events. It is generously illustrated, presenting over 370 photographs and illustrations, many of which are published for the first time!
(All proceeds from sales go to the Bearsted Scout Group) 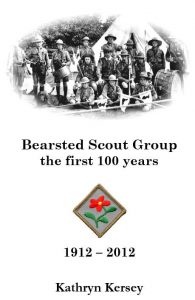 August 2014 marks the centenary of the entry of Britain into the conflict that became known as The Great War. The first edition of this book, published in 2005, was intended to record the names of all who gave wartime service in both world wars from the communities of Bearsted and Thurnham. The contents of this new edition have been thoroughly revised and expanded as more information has been uncovered. Here can be found the services and over 900 names of local inhabitants now recorded and recognised in one volume. Above all, this book shows that when the need arose, the residents of Bearsted and Thurnham fully met the demands and challenges of wartime. As the vicar of Bearsted, Frederick Blamire Brown originally wrote in 1919, it fully acknowledges those people who rendered ‘Dutifulness and Endurance’.
(All profits from this book will go to H M Services charities) 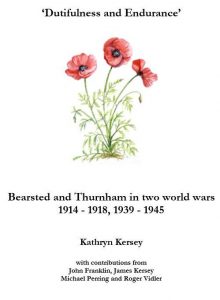 The origins for this book lie in the author’s curiosity as to why there are two war memorials on the tower of St Nicholas’ church, Otham that are actually for another community; Willington, in Kent. The contents aim to provide some further information about these memorials and those for Otham together with details of the lives which lie behind the names of the casualties and others noted as serving their country. August 2014 marked the centenary of the entry of Britain into the conflict that became known as the First World War. Twenty one years after the Armistice, in 1939, another world war began. These pages reveal how the residents of Otham and Willington met some of the challenges, sacrifices and strain of wartime twice in three decades. The covers feature a striking image, The Last Sortie captured by aviation artist and photographer, Gary Eason. 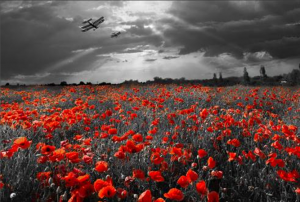 A School at Bearsted

For over 160 years, there has been a school at Bearsted. This book is a celebration of the staff, the original modest red-brick building and its later counterpart, which have all meant so much to the residents of Bearsted and the surrounding area. The fully-indexed chapters (including many photographs and illustrations not previously published) discuss why a school was established in Bearsted and the original application in 1839 for financial assistance. There is an examination and description of the development of the buildings and curriculum, the Centenary celebrations and the school during the two World Wars in the twentieth century. Readers will be able to discover the effects of the railway line on the school and learn of some good reasons not to attend! More recent times are also examined together with a discussion of the struggle to relocate the school to the current site at Roseacre. 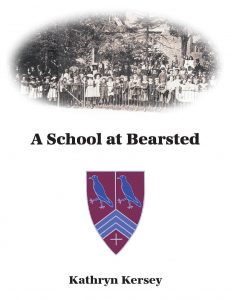