The Society has submitted a detailed response to the twenty one sites in and around Bearsted and Thurnham.

The list of potential sites submitted to Maidstone Borough Council has been published.

Call for Sites was an open request for information about land and sites which could potentially be developed in the future.

“It is mainly aimed at landowners, developers and their agents but is open to anyone who wants to submit a site.
Submitting a site through the Call for Sites doesn’t mean we’ll include it in our Local Plan Review or grant planning permission
on it in the future. It will give us a starting list of sites to consider.” (MBC)

The map below shows all of the sites within Maidstone Borough with red indicating residential and blue non-residential.

If the proposed sites are included in the revised local plan the areas suffering the greatest impact will be Lenham, Leeds and Langley and the top of Detling Hill adjacent to the A249. The following figures are approximate as not all of the proposals indicate housing numbers. For proposals where numbers aren’t shown a density of 30 dwelling per hectare has been assumed.

Lenham  ~ 7200 including 5000 for the Heathlands Garden Community submitted by Maidstone Borough Council.

Leeds, Langley, Warmlake and Kingswood ~ 6900*.
(* This figure does not include an area of 498 hectares proposed by the Rochester Bridge Trust.)

Although a percentage of the sites put forward will be rejected by Maidstone Borough Council  on the grounds of suitability, access
and sustainability it is the current policy of the council to “embrace growth”.

Developments of this scale will affect the residents of Bearsted & Thurnham as they will generate a massive increase in vehicle movements attempting to use infrastructure that is widely recognised as being deficient. 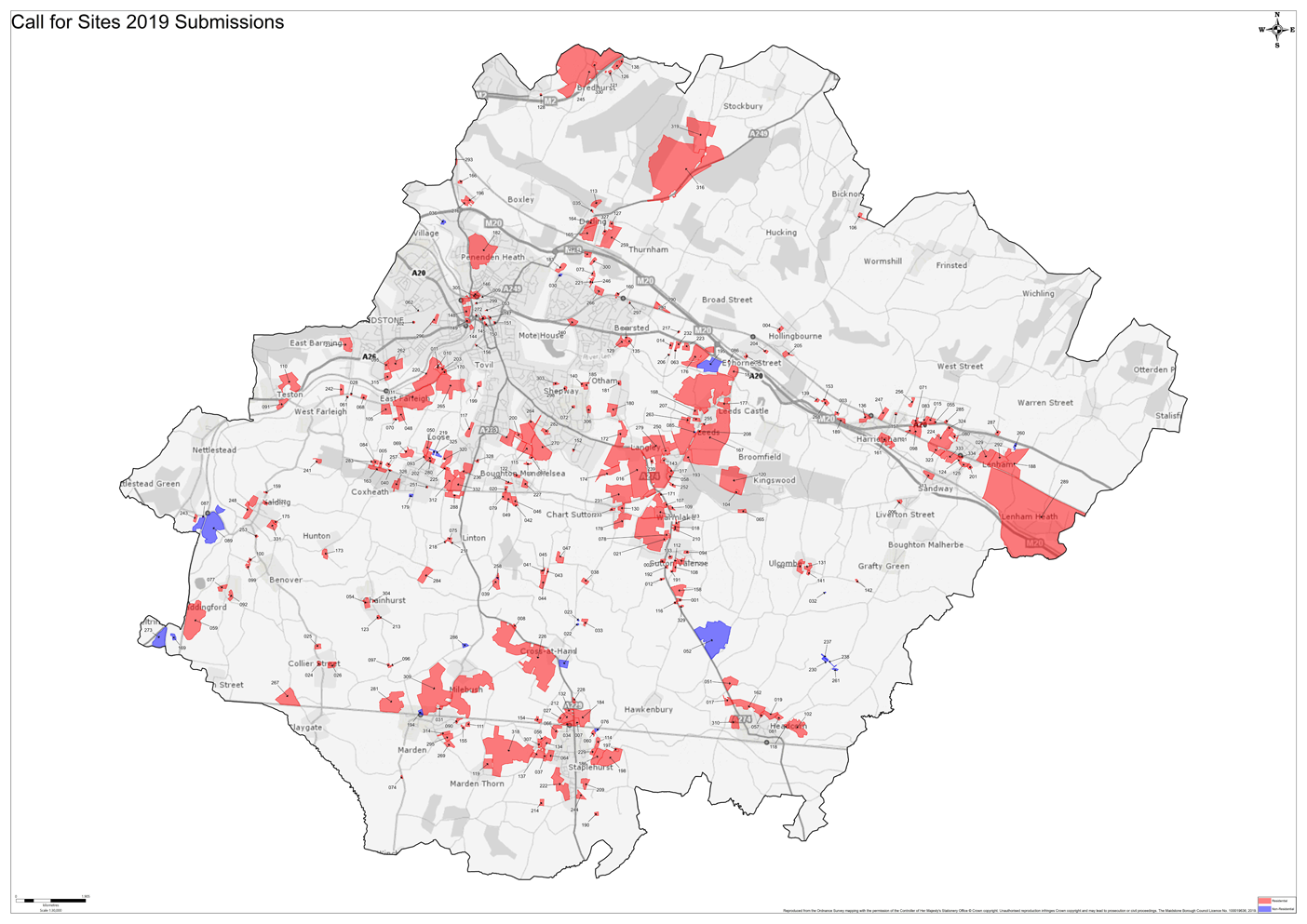