agents have indicated the following changes to the original scheme.

Removal of pedestrian access from Bearsted Road – now via KMC.

Provision of native hedge to the southern boundary and retention of existing boundary trees in site’s south eastern corner.

Amended package off possible off-site highway/footway improvements that can be secured by condition if the Council considers them necessary. 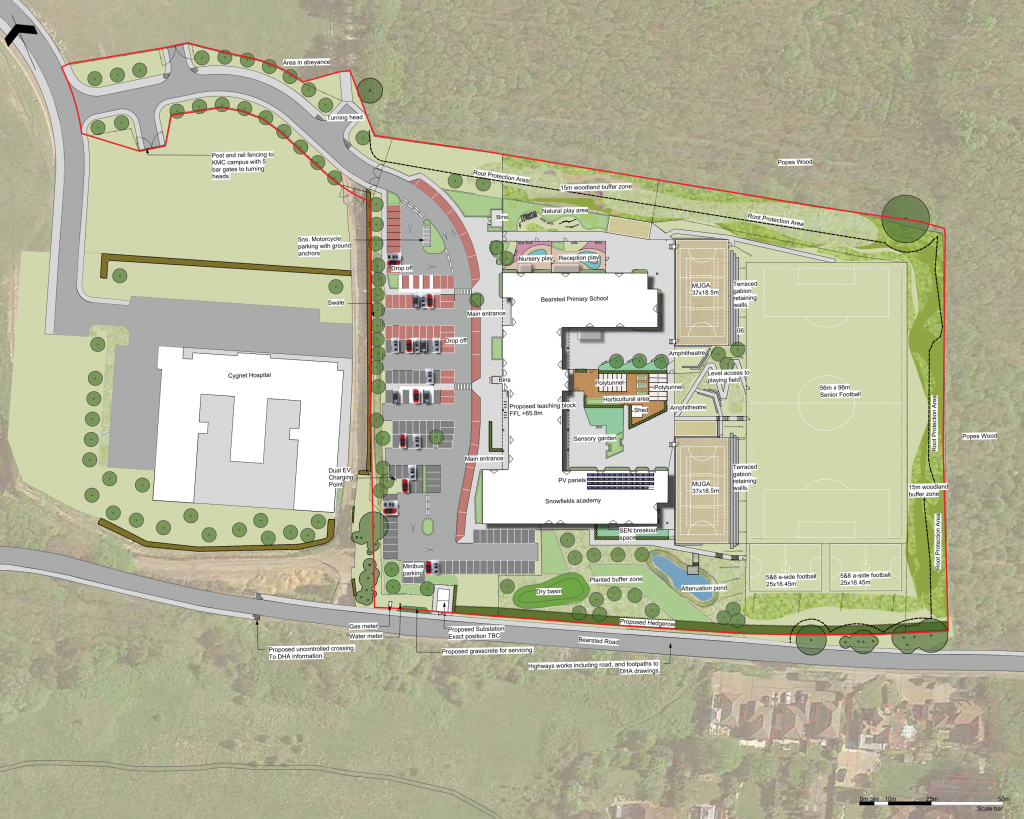