In February 2014 Maidstone Borough Council rejected an application for a 42 acre industrial estate on the south side of the A20 at J8, known as Waterside Park.

In August 2014 a revised application, only very slightly reduced in size to 40 acres, was submitted.

A formal appeal was lodged against the Council’s decision in February to reject the first application. The Planning Inspector dealt with both applications and the appeal was dismissed on 23rd July 2015.

A Judicial Review was held at the Royal Courts of Justice in London on 14th January 2016 where the applicant attempted to have the Planning Inspector’s decision overturned. However this application was dismissed and leave to appeal was refused.

In August 2015, between the appeal decision and the judicial review, dha planning submitted draft outline proposals for a revised scheme on behalf of the the applicant. However, to date, this has not been pursued.

The layout submitted with the second application 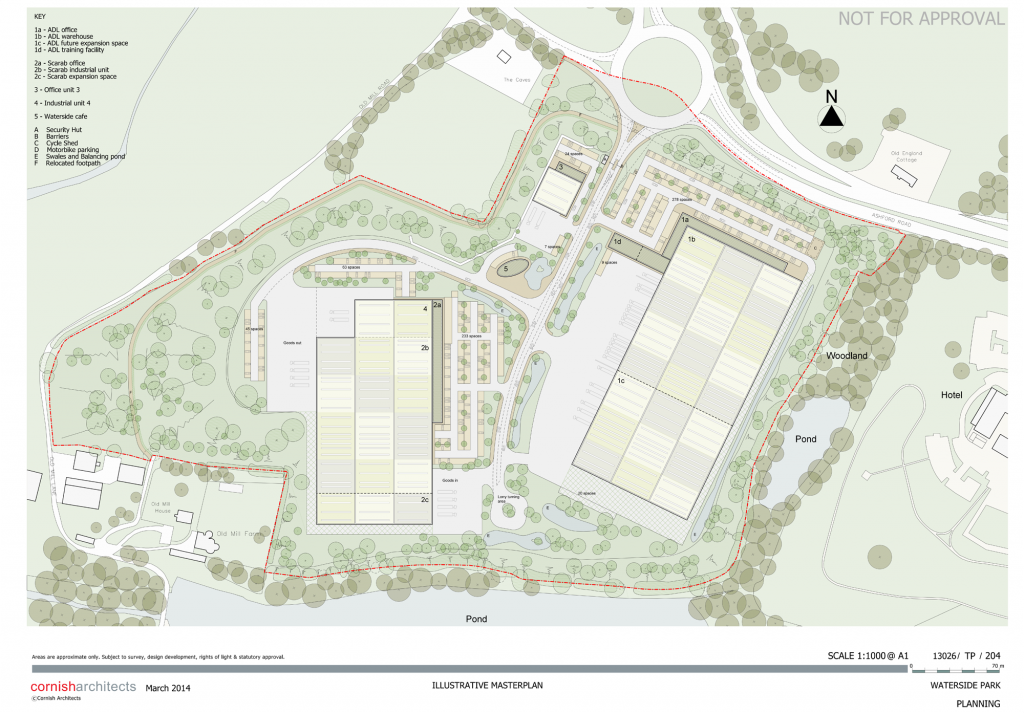